Terrill Hill is the founding partner,  of Terrill L. Hill, PA. His areas of practice are wrongful death, personal injury, and criminal defense. His extensive experience as a trial lawyer evinced by his strong success record.

Terrill L. Hill was born and educated in Palatka, Florida. He is the son of Jerome Hill and Annie Ruth Miller. He is a 1990 graduate of Palatka High School. While at Palatka High, he excelled in both academics and athletics. He received numerous accolades for his accomplishments on and off the playing field. Upon graduating from Palatka High he earned a football scholarship to Howard University in Washington, D.C. While at Howard University, Terrill continued his athletic career in football and baseball, earning seven (7) varsity letters. In 1993, he was selected as team captain of Howard University's Black College National Championship Football team. He also received All-Academic Mid Eastern Athletic Conference honors in both sports, and was nominated Academic- All American. In 1994, he earned a Bachelor's Degree in Business Administration with a concentration on Marketing, and in 1996, he graduated first in his program with a Master of Science Degree in Athletic Administration/Sport Marketing.

In 1996, Attorney Hill received a full scholarship from the Florida Bar Foundation to attend the University of Florida, Levin College of Law. While at the University of Florida, he served as Vice President of the Law College Council and received a book award for superior trial advocacy. In 1999, Attorney Hill earned his Juris Doctor degree from the University of Florida and was admitted to practice law in the State of Florida. He also became certified as an Contract Advisor for the Nation Football League in 1998 and represented several professional athletes. In November of 1999, he opened Terrill L. Hill, P.A., in his hometown of Palatka, Florida where he is now mayor of Palatka. This law office specializes in Personal Injury, Wrongful Death, Criminal, and Medical Malpractice. Attorney Hill is an active member of the National Bar Association, The Virgil Hawkins Florida Chapter of the National Bar Association, Putnam County Bar Association, The Florida Academy of Trial Lawyers, and the Hatchet Bar Association. 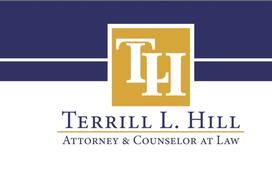 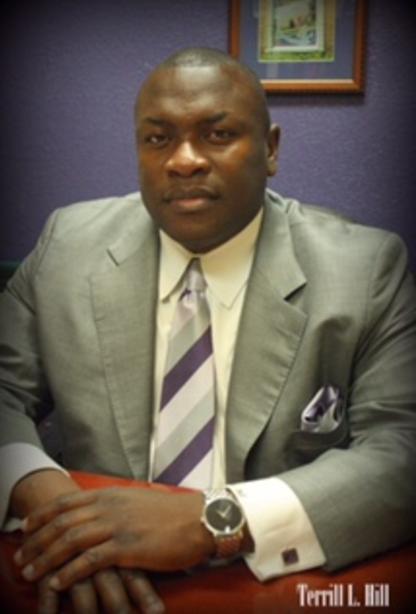